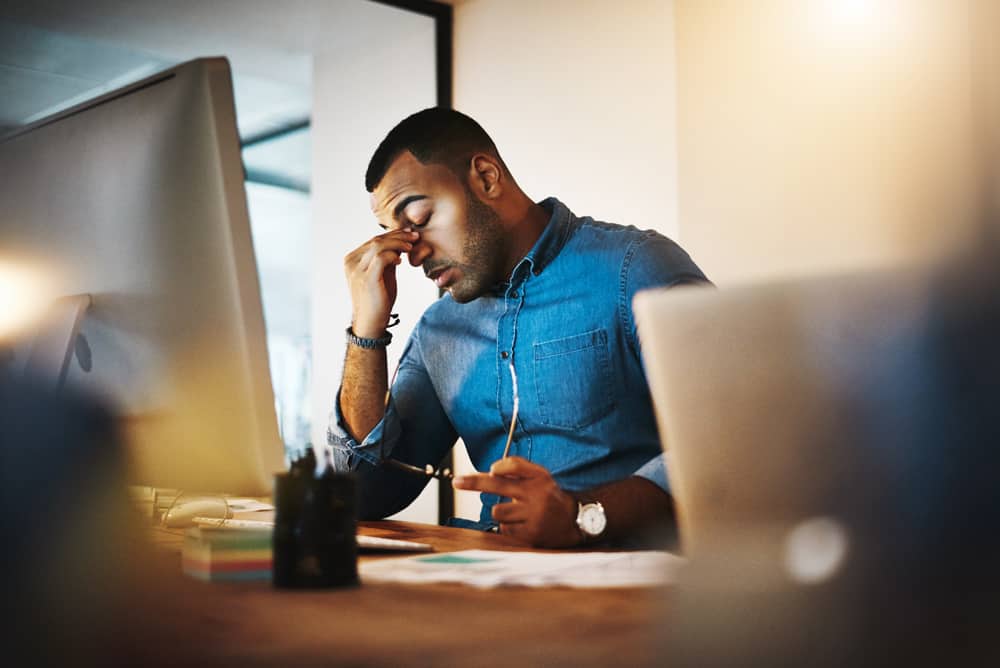 Discover Magazine set off a widespread discussion when it published an article with the attention-grabbing headline, “Sperm Counts Are On The Decline. Is The Human Race in Danger”. It seems sperm counts now are less than half of what they were in the 1970s. As it turns out, testosterone in men is also on the decline at significantly less than it was in the 1950s.

Since hormones other than testosterone actually stimulate sperm reproduction, the two statistics are not even necessarily related. However, the one thing they have in common is that they are both most likely caused by external factors, with endocrine disruptors being a common culprit.

What Are Endocrine Disruptors?

The term “endocrine disruptor” now applies to a much longer list of substances than when it was first coined. At first, it was believed to be something that caused interference with estrogen receptors. Now we know that chemicals can not only bind to the receptor or block it but may also change which particular hormones get produced, transported, and metabolized.

How Are Men Exposed to Endocrine Disruptors?

You can be exposed to endocrine disruptors in a variety of ways. Three of the most common are consuming them in your diet, using products that contain them, or occupational exposure.

There are endocrine disruptors, such as some metals, that have been around for a very long time. But synthetic or man-made chemicals are more likely to be responsible today. Nonpersistent pesticides, for instance, are found in a lot of conventionally grown food. While persistent pesticides, as well as other pollutants, can be consumed from animal products such as meat, dairy, and fish.

Food handling equipment and plastic food packaging are both large sources of phthalates. Since we've become aware that some of these are reproductive toxicants, a lot of them have been removed from those products and they are now completely banned from children's products. But they are not required to be listed on product labels, so you can't really tell whether they are included in things like lotions or fragrances you might be using.

Exposure to endocrine disruptors through occupations can be particularly problematic because it usually involves a great amount of exposure over a very long period of time. Jobs that deal with pesticides will have a large amount of exposure. These include:

However, there are also some industrial manufacturing jobs that can put workers at risk if controls are not put in place because they use many of these chemicals in large volumes.

While not quite so common these days, you should also be aware that the household dust in homes which still contain lead or flame retardants can contain endocrine-disrupting chemicals, as well.

Basically, endocrine disruptors mess with your hormones. Some of them mimic other hormones, which tricks your body into thinking they are hormones themselves. Others keep your natural hormones from doing the job they are meant to do. In men, the result is numerous possibilities for adverse outcomes, such as decreased sperm quality and fertility, early puberty, reduced testosterone, abnormal sex organs, and much more.

How to Reduce Exposure to Endocrine Disruptors

The best way to reduce the effect of endocrine disruptors on your health is to reduce your exposure to them. There may not be a whole lot you can do if the exposure is due to your occupation, beyond taking all recommended precautions. However, you do have somewhat more control over the other common means of exposure.

Watch What You Eat

Always check the labels on the food you plan to buy. If you can purchase organic produce as much as possible, that will limit your exposure to pesticides in your diet. It's also important to be mindful of the packaging and processing of your foods. The more of either, the more endocrine-disrupting chemicals that could have found their way into your food.

Be Careful With The Products You Use

You should also check the labels of products you use on your body. Avoid any that list endocrine-disrupting chemicals such as parabens or phthalates. But remember that some products, such as fragrances like colognes, are not required to disclose whether they contain phthalates. This means some degree of exposure to phthalates may be unavoidable due to fragrances being so widely used.

Of course, lead and flame retardants in homes present other dangers in addition to endocrine disruptors, so it is imperative to try and remove those as soon as possible.

Dealing With the Effects of Endocrine Disruptors

Since a common result of exposure to endocrine disruptors is reduced testosterone, you should try to make sure your testosterone levels are where they should be. There are several symptoms you should be aware of:

Depending on how low your testosterone levels are, sometimes something as simple as a nutritional supplement can help balance your hormones.

If you believe you might be suffering from the effects of exposure to endocrine disruptors, please feel free to contact us so that we can discuss your options for testing and treatments.

The professionals at the biostation have a variety of pharmaceutical-grade supplements on hand that are safe and effective for providing relief from any number of symptoms that may result from various conditions. Whether you need a regular energy boost, anxiety and stress relief, sleep support or, support for your immune system, there are products for your supplement or vitamin needs. If you need further treatment, such testosterone therapy or hormone replacement therapy, those services are available, as well.

Bioidentical Hormone Treatment: Everything You Should Know

How does hormone health impact your immune system?

Hormone pellet therapy is an effective, long-lasting treatment for hormonal imbalances in men...

Bioidentical Hormone Treatment: Everything You Should Know

Hormones send chemical signals to nearly every part of your body to control...

When someone is overly emotional or irrational, people often say they are being...