the biostation / hrt for women

fight the effects of age from the inside out

Get to the root cause with our advanced, in-depth testing

Get to the root cause with our advanced, in-depth testing

get relief from the symptoms of menopause and other hormonal imbalances

It’s easy to dismiss the signs of hormone imbalance as mere side effects of aging. Many women assume that hot flashes, night sweats, mood swings, vaginal dryness, low sex drive, and “brain fog” are just part of the aging process.

The truth is, yes, conditions of hormone imbalance, like menopause, are an inevitable part of aging, but no one has to live with the ongoing battle against uncomfortable symptoms that diminish health or quality of life. Women can find relief from the symptoms of menopause and other hormonal imbalances such as adrenal fatigue, thyroid disorders, perimenopause and even PMS.

Menopause is a widely-known condition of hormone imbalance and rapidly becoming the most common as the number of women over 50 in the United States soars higher. Menopause is the top reason women seek hormone therapy.

Menopause often begins in a woman’s late 40s to early 50s, when her ovaries cease producing eggs and stop the subsequent release of hormones that initiates the monthly menstrual cycle. Perimenopause is the stage just before menopause when a woman’s menstrual cycles begin to become irregular and she may be affected by symptoms similar to menopause. A woman is considered menopausal when her menstrual cycle has been absent for 12 consecutive months. Perimenopause and menopause both leave many women struggling with their health, well-being and even their sense of self. It’s hard to resume normal living when plagued by disruptive symptoms like hot flashes, anxiety, weight gain and fatigue. Some women may also be affected by more serious conditions such as endometriosis, polycystic ovary syndrome (PCOS) or cancer that can intensify the menopausal experience.

Hormone levels change dramatically during menopause, inducing the uncomfortable symptoms commonly associated with the condition. Hormones control almost every aspect of the body from temperature regulation to metabolism to the sleep cycle, so it’s no wonder that during menopause most women experience a wide range of frustrating issues. In reality, menopause doesn’t have to be like this! Restoring balance to your hormone levels can minimize or even reverse the symptoms.

The benefits of a comprehensive treatment plan for hormone balance extends well beyond addressing symptoms. At the biostation™, we strive to deliver medically-based solutions to low testosterone and other conditions of aging affecting women. 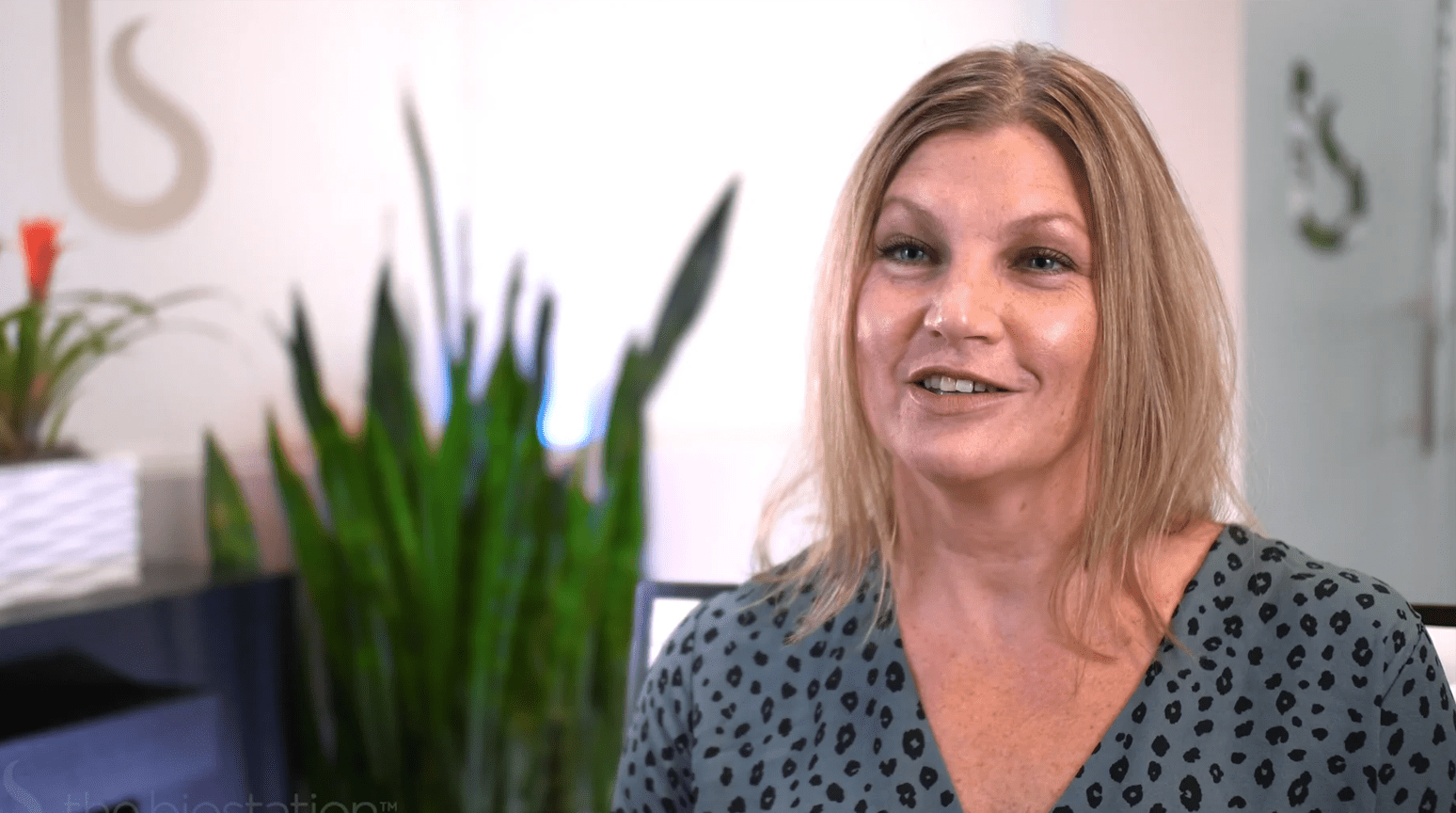 Whether it’s a thyroid disorder, menopause or chronic fatigue—the symptoms of hormone imbalance are vastly similar. If you are experiencing any of the symptoms below, you can find relief with hormone replacement therapy:

the fastest-growing and most effective treatment

Who doesn’t want more energy? Testosterone plays a role in sustaining energy levels in both men and women. It helps build and maintain muscle, fueling the body to perform longer and stronger throughout the day. Research has even shown that adequate testosterone levels can contribute to improved recovery between workouts.

Testosterone is not just the “manly hormone.” It is also the hormone of desire. When testosterone levels decline, so does a woman's libido. A carefully administered and comprehensive testosterone therapy plan can revive sexual desire and lead to better orgasms and increased sexual stamina.

Low levels of testosterone and other unbalanced hormones are commonly linked to the mood swings, depression and irritability that many women experience around mid-life. Restoring natural levels of these hormones with bioidentical hormone therapy can help stabilize mood and improve overall well-being.

Adequate levels of hormones have been linked to improved cardiovascular health and heart function. Women depend on testosterone to support a strong heart and well-functioning blood vessels that transport oxygen and nutrients throughout the body. Other studies have also connected adequate testosterone levels to healthy blood cholesterol levels. Hormone therapy can help minimize the plaque build-up associated with high cholesterol that increases the risk of heart attack or stroke.

Contact us for more information or to schedule your confidential consultation.

Form is secure and your info will remain confidential

At the biostation, we focus on finding a comprehensive, individualized, and scientific approach to total wellness and healthy aging 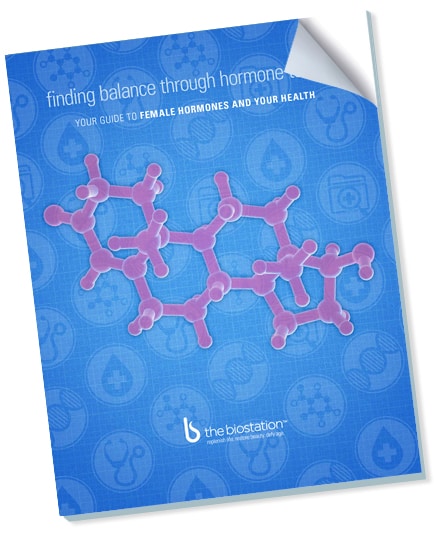 Your Guide To Female Hormones And Your Health

The truth is, yes, conditions of hormone imbalance, like menopause, are an inevitable part of aging, but no one has to live with the ongoing battle against uncomfortable symptoms that diminish health or quality of life. By regaining the proper balance between the body’s hormones, you can maintain greater vitality and well-being at almost any age. Check out our latest e-book for more on hormone Replacement Therapy, plus learn about the proprietary approach we take at the biostation™ to ensure your wellness goals are met.